Alexander Stewart at Gettysburg “If they told me today, ‘Phil doesn’t need you,’ I would still go and see Phil,” says Bonnie Shamey, a caregiver for Homecare Choices.

Her statement speaks to the close relationships formed by caregivers and clients, as well as highlighting the big-picture benefit of Homecare Choices’ in-home senior care on Cape Cod and the South Shore.

“It gives him socialization, which he was not getting,” Phil’s brother, Jim, says of Bonnie and the four hours she spends with Phil three days a week at his condo in Quincy.

Phil, who is 66, has a developmental disability, Jim explains, but held a longtime job with a telephone company and retired financially comfortable, which meant the family didn’t have to consider an option like assisted living.

“My brother likes where he lives in Quincy, which is why I have not pushed for him to come down to Cape Cod to be close to me and my other brother,” Jim says. “We want him to be happy and be comfortable.”

Ensuring he was happy and comfortable, while also safe, well cared for, and gently monitored presented a challenge given the geographical logistics. As Jim says, “When he is that far away, it isn’t like I can go over and check on him.”

Enter Peter Carey, Executive Director of Homecare Choices, who happened to meet Jim in a coffee shop and the two began talking. Peter—who has an enthusiasm for turning caregiving challenges into solutions—told Jim he could find a caregiver in the Quincy area and Jim replied, “Let’s try it.”

Bonnie Shamey, who has been with Homecare Choices for nearly three years, got the assignment, and gets high marks from Jim for making a sensitive and seamless transition into Phil’s world.

When Phil was born, there was a problem with the birth. It took a lot of work by Phil’s brothers and parents to get him to be independent. “My brother is very quiet and unassuming,” Jim says. “He has very poor hearing, so he misses a lot.”

“Phil is very introverted,” Bonnie elaborates. “He has a lot of issues with social situations and connecting. I think he has a hard time with people in general, and he misinterprets things. But now that I’ve got him figured out, he is able to talk to someone.”

Phil is a history buff, and Bonnie says, “He’s very into the Civil War. We talk a lot about that. He tells a story, and I say, ‘Are you sure?’ He always responds, ‘Yup, look it up.’ I’ve learned a lot about history.”

Every year, Phil, who still drives, takes a history-oriented trip to the Mid-Atlantic states. Bonnie helps him plan and prepare for the trip, and plugs information into his GPS.

Bonnie and Phil both love to watch the cable series “Outlander,” as much for the history as the drama. Bonnie makes a point of finding shared interests to help create conversations, as that can be hard for Phil.

“We have a good time,” Bonnie says. “I take care of him like I would take care of my grandfather. I genuinely care about him, and he’s taught me a lot.” 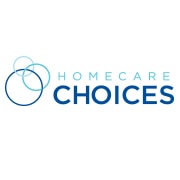 The care itself includes some cooking and cleaning, as well as monitoring his health and things like taking him to doctor’s appointments.

“Bonnie is there three days a week with eyes on him so she can assess if he’s not feeling right and get him to the doctor’s, which has happened a couple of times,” Jim says of one benefit.

Phil had typically done his own errands, but Bonnie has added a safety measure during the coronavirus. She does his grocery shopping and picks up prescriptions to keep him out of the stores.

“There are so many small benefits to the service that I didn’t think of,” Jim says of the arrangement with Bonnie and Homecare Choices. “When his old TV bit the dust, she took him out and got him a nice flat screen TV, or when his car needs new tires, Bonnie will make a recommendation and make sure it gets done.”

When the relationship with Homecare Choices began, Jim said he had just a few basic goals centered on allowing Phil to remain in Quincy, living on his own. “But we’ve achieved a lot more,” Jim says. “Bonnie has ensured his well-being and makes his life richer. She is so good to him and he appreciates it.”

Potential clients who want to learn more about Homecare Choices and its services may reach out to Executive Director Peter Carey by phone at 508-313-2529, or by email at petercarey@homecarechoices.com. There is also a contact form on the website and free consultations are offered.